Spiceuticals® represents the nutraceutical operational division of Akay, dedicated to producing quality botanical extracts with an impactful difference. We take pride in being the one among the handful of companies globally, that takes accountability for growing crops organically to provide Nature to Nutraceuticals™ traceability and organic certifications.

In this brand, we make use of patented green technologies to transform the phytonutrients, micronutrients and probiotics into stable, water-soluble and bioavailable forms with minimised taste & odour suitable for a range of food & pharma delivery forms. Spiceuticals® are clinically substantiated with gold-standard, double-blinded, placebo-controlled studies for efficacy and safety. Preclinical studies have established their mechanism of delivery and action in vivo.

Botanical of the month Botanical
of the month

Andrographis paniculata (Burm.f) Nees, also known as Kaalmegh/Indian echinacea is considered as the king of bitters.  Its medicinal properties are immense and are well explained in the Ayurvedic wisdom, which is proven by recent researches. The major biomolecule found in the herb is a diterpenes lactones known as Androghaphalides, which is a proven natural hepato protective and anti-viral agent. It can be effectively used in the present scenario as a single herb and as specific combinations. 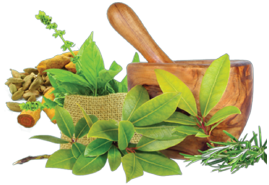 We practice modern pharmacognosy research, proprietary extraction/isolation processes, cutting-edge analytical methodologies and evidence-based clinical practices to transform spices/herbs to Spiceuticals® products. Our executives and their knowledge of Indian folklore and traditional systems of medicine are our proud assets. We are the one among the very few companies who own organic farms, grow spices & herb extracts, formulate and perform high-end value-additions with unique formulations & clinical trials. We offer vertically-integrated ingredients & customization of crops. Each Spiceutical® product has been developed with extensive analysis of their quality parameters starts from choosing the raw material to employing the state-of-the-art & sophisticated analytical instruments as suggested by USP, FDA, EFSA, JFRL and ICH guidelines to confirm the stability, potency, and food safety We are thrilled to share
what’s new at akay CurQfen® - Ingredient of the Year Winner 2021